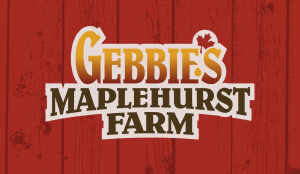 A Sappy Process. A Source of Nutrition and Energy!

Maple syrup production from the maple forests of the northeastern U.S. and Canada has existed since long before Europeans settled what would become the state of Vermont. Native American cultures revered maple sap as a source of nutrition and energy with traditions and rituals centered around the sugaring season.

The records and accounts of early European settlements include many references to maple sap with the processing of sap into maple sugar becoming an important industry by the 17th and 18th centuries. It was also early European settlers who standardized the less destructive method of drilling taps into trees as opposed to the practice of piercing the bark as the indigenous peoples did.

You’ll never believe how much sap is in a bottle!

Forty gallons of maple sap translates to a gallon of maple syrup—what you’re likely to buy from a local producer at a farmers market or regional grocer. In order to make the dense, sweet syrup you’d find at the store, the sap needs to be boiled down in a sugar shack. Most of the liquid is evaporated in this process. At Gebbie’s we’ve been boiling sap since the mid 1850’s. We’re pros. Taste the difference.

Maple syrup processing underwent a renaissance in the late 19th century as more efficient boilers and collection methods were developed and widely implemented. Today’s modern practices including those used by Gebbie’s Maplehurst Farm utilize engineered taps to protect the trees, efficient and clean tubing and pump systems, and high-efficiency reverse-osmosis filtration and modern boilers at the final stages of processing.

We’re always working to increase our efficiency, protect our sugar woods and reduce the energy needed to produce a gallon of syrup without sacrificing traditional flavor.